Sometimes firefighters have to risk their lives in many situations that there is no survive possibilty. For this reason, Pentagon has started a competition to develop a robot which will be able to work in extremely hazardous situations.

He is a hydraulically powered robot and they call him Atlas. The Pentagon-financed humanoid robot was unveiled to the public today.

His mission is as noble as it gets: help rescue missions in cases of natural and man-made disasters, especially in situations where humans cannot survive – the ultimate firefighter, that is.

And some of its features include laser and stereo vision systems, as well as dexterous hands.

The Pentagon has put on a challenge in which competing teams of technologists program it to do things like shut off valves or throw switches, open doors, operate power equipment and travel over rocky ground. The winner will be rewarded with a $2 million check.

¿It´s that the beginning of the end of firefighters?, I would like to known your opinion, leave your comment. 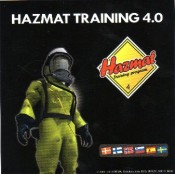 I'm passionate about making a difference. When I'm involved with a project at work I want to do my best to achieve success. I feel the same way about what I do in my personal life. As a fire-fighter team leader I have a wide knowledge and experience in fire, explosion, hazardous materials and nuclear emergencies. In the other hand I’m Industrial Engineer and I have a deep knowledge in Hydraulic, Electricity, Energy and Fire protection.